More than just a number: how different generations pay from cash to mobile money 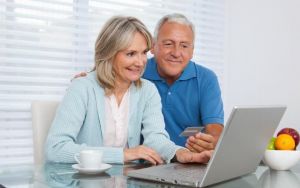 Anyone who can recall sitting through yet another retelling of their grandparents’ heyday, when milk cost 50c and cents actually came in halves, knows that when it comes to money, age is not just a number. People’s ages betray a lot about their relationship with money and, as a business owner, it’s good to know how each group responds.

We’re all told to pay close attention to the needs of millennial consumers and it’s with good reason. Millennials are becoming significant contributors to the economy but what about everyone else who also has consumer needs and still contributes to the economy?

To help your cater effectively to any and all generations, we thought we’d highlight how differently each of them pays for the things they need.

The baby boomers are the demographic group born between 1946 and 1964. They’re called “baby boomers” because they were born during the big baby boom that followed the last World War.

Baby boomers are characterized by safe buying behaviors. They’re hesitant to borrow, they pay on time and they save up for a rainy day. Baby boomers have seen the most changes to payment methods and technologies. They’re typically cast as opposed to new technologies, but research done by The Pew Charitable Trust in the US revealed that 33% of baby boomers have used mobile payments. Indicating that while they overwhelmingly prefer cash, they’re comfortable with digital payments. Baby boomers are also the only age group keeping paper cheques in circulation.

Generation X or Gen X refers to those born between 1965 and 1983. They’re identified as rebellious and disaffected youths who later grew up to have sensible, often entrepreneurial, careers.

Gen Xers came of age during the credit card boom, and as a result they rely on plastic the most. In fact, Experian claims that they have the most credit card debt. Gen Xers also took home the first PCs and have generally embraced emerging technologies. Thanks to their entrepreneurial spirit, Gen Xers are prone to taking risks, even when it comes to their money. The Pew Charitable Trust reports that 80% of them own smartphones and that they’re the group with the second-highest adoption of mobile payments after millennials.

A millennial is anyone born between 1984 and 2004. Most millennials are in the early stages of their careers, starting to commit to mortgages and retirement plans. They’re framed as the generation that has the most influence on current payment trends.

The most defining consumer characteristic among the millennial generation is the expectation of efficiency, convenience and personalization from the businesses they support. Millennials value rewards, customized consumer experiences and they prefer brands that are accessible to them via social media. They are the generation that doesn’t have a favourite payment method, choosing instead to use them all for different purposes. But whatever payment method they use has to fulfil their three fundamental requirements – faster, better and more intimate.

This generation is the most comfortable with digital and mobile payments. They embrace contactless payments favourably and aren’t as wary of security concerns surrounding payment apps the way millennials and Gen Xers are. They will make up 40% of all consumers by 2020 and predictions indicate that they will be the biggest supporters of cryptocurrencies and decentralised banking.

For more business tips and consumer insights, subscribe to our blog below and get the very latest, first.