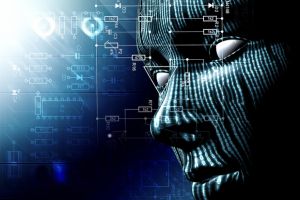 Nobody likes to have their bank card declined or to lose their transaction capabilities to fraud. Enter MasterCard’s fraud detection mechanism, Decision Intelligence.

“We are solving a major consumer pain point of being falsely declined when trying to make a purchase,” says Ajay Bhalla, MasterCard’s president of enterprise risk and security. “By using Artificial Intelligence (AI) technology on our global network, we’re helping financial institutions and merchants improve approval rates – and the consumer experience.”

Retail businesses and card associations stand to lose revenue as well as their reputation with each fraudulent transaction they facilitate and every legitimate transaction that’s falsely stopped. Meanwhile, cybercriminals are becoming more aggressive and sophisticated in their campaigns. This underscores a clear need for security systems that can prevent unauthorised transactions without affecting those that are authorised – and that’s where AI comes in.

In this blog, we look at MasterCard’s innovation for fraud detection as well as what other key players in fintech are doing about fraud prevention.

MasterCard launched Decision Intelligence late last year to detect and prevent fraudulent transactions as well as decrease false declines. False alarms cost credit card issuers and retailers in the US $118 billion in 2014 while real fraudulent transactions cost $9 billion in the same year, according to Javelin Advisory Services. Decision Intelligence makes use of machine learning to improve the accuracy of approvals in real time while keeping false declines to a minimum.

According to MasterCard’s press release, “The smart technology behind Decision Intelligence examines how a specific account is used over time to detect normal and abnormal shopping spending behaviours. In doing so, it leverages account information like customer value segmentation, risk profiling, location, merchant, device data, time of day, and type of purchase made.”

Fighting fraud across the board

MasterCard isn’t the first to use AI for fraud detection but the technology and its usefulness in fraud detection has grown clearer. Here are some examples of AI being successfully used to detect, prevent and learn from fraudulent payments.

Fraud remains an unavoidable reality in business and the only way to protect yourself and your consumers is to be aware of developments, and take advantage of them. AI provides ammunition in the fight against cybercriminals and it’s encouraging that anti-fraud solutions are growing in number.

But what can you do as a retailer? We’ve previously offered tips that you can use to keep fraud out of your business, including how aligning yourself with a payment solutions provider that is compliant with industry security standards goes a long way towards securing your data. Paycorp adheres to industry security requirements and has maintained the highest PCI compliance for five years in a row. Continue to our full company profile below.