Will the ATM survive the digital age? 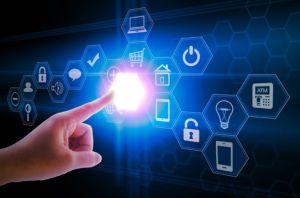 The first ATM went live half a century ago. A lot has happened since then and now that we’re in the midst of the digital age, with “a move to a cashless society”, a lot of people are wondering whether the ATM will survive the digital age.

Cash is here to stay

The death of cash has been falsely predicted countless times. POS terminals, mPOS systems and cryptocurrencies are just some of the advancements that were supposed to have eradicated our need for cold hard cash – but none of them did.

This study, done last year, shows that consumers across the globe use cash more than any other method of payment. Another study done in South Africa, shows that 67% of South Africans (about 25.7-million people) withdraw cash regularly, up by 6% from 2015.

There are logical reasons why cash remains the most popular way for consumers to pay. First, it is still the easiest way to pay; no other payment method is as quick and easy as handing over cash in exchange for goods and services. Secondly, cash is the best way to make the small transactions that are still a major part of many consumers’ daily lives. Lastly, it is universally understood and widely accepted.

The first ATM could only dispense cash but these days, ATMs can facilitate money transfers, utility payments, prepaid services and provide account statements.

Alternative payments and their underlying technologies are often framed as a threat to cash and ATMs. The evolution of the ATM demonstrates that the opposite is true. For instance, one would think that mobile wallets and Near Field Communication (NFC) technology would make it easier for consumers to not want to use ATMs. However, the introduction of ATMs that support cardless withdrawals disproves this. Withdrawals done with smartphones eliminate the possibility of card skimming, they save time and are an attractive feature for younger consumers.

ATMs are ideal for self-service banking

A key consumer trend is the quest for convenience: fast and efficient service that’s easy to access. ATMs make this possible. You can apply for a loan, pay traffic fines, and make deposits and transfer money between accounts at an ATM, and the number of ATMs is rising.

No one can say for sure what the digital age will bring or how it may transform the way we interact with money. But the evidence suggests that whatever disruptive innovations arise, they are more likely to enhance ATMs instead of causing their extinction. As a deployer and operator of ATMs since 1999, ATM Solutions believes that the ATM will not only survive digital trends in the digital age, it will actually thrive because of it. To view ATM Solutions’ range of installations, download the product brochure below.