Stranger than science fiction: the applications of artificial intelligence in payments4110281856 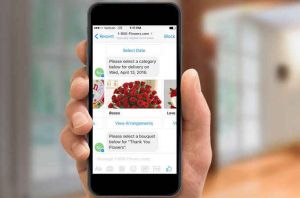 In 2014, Stephen Hawking famously quipped to the BBC that “the development of full artificial intelligence could spell the end of the human race”. What he was referring to was technological singularity, a hypothetical future event when superintelligent machines and technologies eventually out-evolve (and possibly replace) humans.

The debate around the legitimacy of technological singularity claims still rages on, but what isn’t debatable is how artificial intelligence has already changed certain aspects of daily life. Here, we look at the effect it has had on the financial services sector – particularly payments – and what these changes could mean for the future.

How far has artificial intelligence come?

The artificial intelligence that engineers and innovators are tinkering with these days almost always relies on at least two of three fields of computer science – machine learning, deep learning and natural language processing.

Machine learning gives artificially intelligent software the ability to “remember” past processes, gather knowledge and apply it within the context of future processes. A very simple example of machine learning is how Netflix can accurately recommend movies, documentaries or TV shows to users based on what they’ve already watched and rated well.

Deep learning is a subfield of machine learning and, as the name suggests, refers to an artificially intelligent system’s ability to learn more than machine-language-programmed systems can through stratified algorithms and nonlinear transformations. Or, in English, deep learning gives the system the ability to “learn to learn”. Giraffe, the supercomputer that taught itself how to play chess and play at International Master level in 72 hours, is a good example of a system that can deep learn.

How is artificial intelligence reshaping fintech and payments?

The most common critique that artificial intelligence gets is that the systems, as they exist today, can only be designed to fulfil one purpose. Predictive text can only predict your next word, Giraffe can only play chess and Google’s search engine can only ever be the Internet’s librarian.

This is a far cry from the autonomous multitasking robots that most people equate artificial intelligence with, but the accidental benefit of single-purpose artificial intelligence is that it’s well-suited to applications in fintech. Being able to do one thing, and do it well, has made these systems uniquely qualified to solve a number of inefficiencies in the financial services industry.

For one thing, trading on the stock market might be fully automated in the very near future. Reuters already estimates that 75% of all financial market volume in the US is automated trading. Algorithmic traders (or “algo” traders) are artificially intelligent systems that can process large amounts of financial news and up-to-the minute stock prices, and use both to make calculated buying and selling decisions independently. Algos are much faster than human traders and they limit the risk of human error and fraudulent trading.

Closer to home, Absa’s ChatBanking bot that was piloted early last year has been met with enthusiasm by the bank’s millennial account holders. The bot, which works through Twitter Direct Messages (DMs) or Facebook’s Messenger app, can answer simple questions, facilitate payments to beneficiaries and prepaid purchases, as well as provide mini statements within Facebook or Twitter’s chat interface.

Another area in the payments industry that has benefited greatly is security. The anti-money laundering and fraud detection fields, especially, have embraced artificial intelligence solutions to streamline operations, speed up processes and eliminate inefficiencies. In fact, MasterCard launched its artificial-intelligence-based tool, Decision Intelligence, late last year to combat transaction fraud and false declines. It’s still in its early stages but the whole industry is watching with anticipation to see how well it performs.

Where to from here?

Leading minds are hesitant to speculate about the future of artificial intelligence as predictions can very easily enter the realm of science fiction. Some modest predictions include the standardisation of machine-to-machine (M2M) payments powered by the Internet of Things (IoT), blockchain and Bitcoin technologies redefining currency, and cybercrime becoming a thing of the past. The most ambitious prediction comes from KPMG, who say that by 2030, banks as we know them will cease to exist and be replaced by digital assistants much like Siri and her peers. So perhaps the future of artificial intelligence isn’t as dramatic as Stephen Hawking would have us believe, but it’s the real deal and will affect us all in some way or another sooner than we think.