Account Data Compromises (ADC): Cybercrime and how your business may be losing money 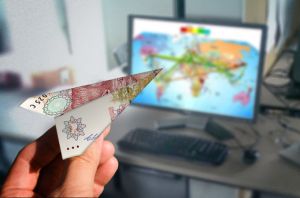 Sending money to different countries has never been an easy task. There’s a lot of red tape to get through, stringent regulations, and high costs. In the context of Africa, this has made life difficult for a lot of consumers. For example, South Africa has a high incidence of people who work in the country but come from other African countries. When they need to send money to relatives back home, they often find that formal channels for remittances are either too complicated or expensive for them to manage. Where does this leave the remittance market? That’s the question we answer in this blog as we take a closer look at money transfer in the African space.

What is a remittance?

A remittance, basically, is the peer-to-peer money transfer from one country to another, predominantly by migrant workers to their home countries. Remittances form a big portion of the influx of money into emerging markets. The World Bank reported that in 2014 $436-billion (approximately R6-trillion) went to emerging markets in remittances and $583-billion (approximately R8-trillion) was transferred across the world in total. Remittances have also gone a long way towards improving financial inclusion and access in the developing world.

How does money transfer work in Africa?

According to SME Africa, South Africa sends the most remittance into Africa, while Nigeria receives the most remittance on the continent. There are various ways that remittances are paid; they can be done through banking institutions, money transfer agencies like Western Union, certain supermarkets, through mobile and smartphones, and through informal channels. In Africa, the preferred channels of remittance are supermarkets, mobile and smartphones, and informal methods like sending money using the bus system, mainly because they’re more cost-effective than the alternatives.

SME Africa also claims that South Africa is the most expensive of the G20 countries to send money from. With last year’s FinScope survey reporting that 31% of South Africans had sent or received money since 2014 and that 21% remit money monthly, it’s clear that there is a need for convenient, reliable and affordable avenues for remittance.

What innovative remittance options are available to South Africans?

Over the past few years, there has been a rise in payment solutions that are more accessible to consumers in emerging markets. Included in these payment solutions have been innovations that make money transfers easier and cheaper. Some of these are:

M-Pesa – While M-Pesa didn’t succeed in South Africa, the mobile wallet from Safaricom and Vodafone has enjoyed great success in other parts of the continent. What makes M-Pesa successful in these countries is that it gives financial flexibility to people without bank accounts.
Mama Money – Mama Money is a money transfer service for consumers who want to send money to Zimbabwe (however there are plans to expand to the rest of Africa). Mama Money charges a flat transfer rate of 5% because the startup’s founding objective was to make sure more money actually makes it home instead of getting absorbed by charges.
Mukuru – Mukuru works in more or less the same way Mama Money does, but it has a greater reach, making it possible to send money to Malawi, Zambia, Mozambique, Lesotho and Botswana, in addition to Zimbabwe.

One of the many services that a Kazang terminal provides is letting your customers remit money through Makuru. Once a registered Makuru user has placed an order to transfer money (using one of six ways), they can make the payment at their nearest Kazang merchant. For more information about Kazang and all its other prepaid services, download this comprehensive brochure .