South African innovations that have made the global stage 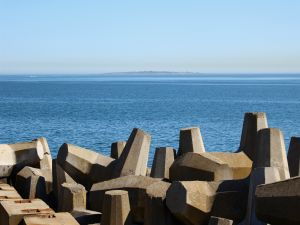 Our country is well known for a lot of different reasons. We have one of the best constitutions in the world, the Cradle of Humankind is in our backyard, we’re the mining capital of the world, and we have have a rich mix of cultures that has earned us the title of The Rainbow Nation. We’re also an imaginative nation that dreams up new solutions to old problems all the time. In fact, we’re so innovative that some of our innovations make it big on an international scale. Here are a few homegrown innovations that are keeping pools clean, protecting shores and powering the world.

The Kreepy Krauly pool cleaning system was invented by a Belgian-Congolese hydraulics engineer, Ferdinand Chauvier. Years after Chauvier had moved his family to South Africa in 1951, his son starting going door to door selling pool cleaning equipment and chemicals. That’s when Chauvier realised that there was a gap in the market for an automatic pool cleaning system and he starting experimenting with his son to find a solution. His hydraulics engineering went a long way towards the eventual creation of the Kreepy Krauly in 1978. Now, Kreepy Krauly exports to countries all over the world like the United States, Canada, Australia, and parts of Europe and the Middle East.

If you’re ever driven along the coast and spotted waves crashing against giant interlocking concrete structures, you probably didn’t stop to think about who invented them. They’re called dollosse and they were invented by two South Africans, Eric Merrifield and Aubrey Kruger. In 1963, a coastal storm ripped through East London’s coast, overpowering the harbour’s breakwater. This left Merrifield and his draughtsman to think up a new solution for defending the coast against rough storms and soil erosion. The shape of the dollosse was inspired by a kids’ toy game with ancient origins called Jacks. The interlocked dollosse form a porous barrier that dissipates the force and speed of oncoming waves. Since their invention, dollosse have been used on coastlines globally to protect coastlines against rough seas.

In addition to being the mining capital of the world, South Africa also gave the world the innovation of refining oil from coal. When Sasol was formed in 1950, it became the world’s first and biggest oil-from-coal refinery. This was in response to high import costs for crude oil and the fact that South Africa didn’t have crude oil reserves of its own. Since then, Sasol has achieved multiple feats, including producing its first automotive fuel in 1955 and establishing Sasol Chemicals Europe, its first international branch. Today Sasol supplies 40% of the country’s fuel and they have operations on almost every continent.

We continue to innovate at Paycorp

Our story begins in 1999 when Steve Kark and Rowan Swartz founded ATM Solutions after they noticed that South African consumers could only access their money using ATM machines outside bank branches and during certain times. Years later, Paycorp was incorporated and the company expanded to include payment solutions like ZipZap, our mPOS card reader, and Kazang, our terminal for selling prepaid services like airtime, electricity and international calling vouchers.