Climbing to greater heights: the highest ATM machine in the world 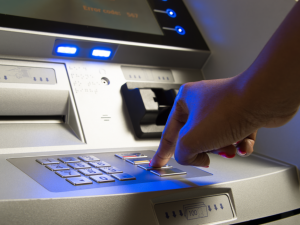 While alternative payment methods are undoubtedly one of the major benefits of technological advancements in the 21st century, it remains true that cash is king. But not in the sense that one might think. Alternative payments and cash transactions do complement each other, but cash is king in the sense that it matters even in the deepest, darkest corners of the world. After the installation of the world’s highest ATM machine, it’s become quite clear that it matters in the highest peaks of the world as well.

The sky’s the limit for these ATMs

We’ve all been there, wanting to buy something at a store that accepts only cash with no ATM nearby. Then, with slumped shoulders and a feeling of defeat, you have to put down the product you were hoping to buy and shuffle out of the store. This isn’t a problem for anyone on the Khunjerab Pass, however. Find yourself needing cash while trekking this steep pass on the Pakistan-China border and you can simply stop by the National Bank of Pakistan’s ATM machine situated at a height of 4693m above sea level. Able to function at sub-zero temperatures, this ATM is powered by a generator and operates every day, all year round.

Before the installation of the Khunjerab Pass ATM machine, the record for highest ATM in the world was previously held by India, with their ATM situated in the Kupup outpost on the Indian Himalayas at 4359m.

The loneliest ATM in the world

While some ATMs stand tall, others stand alone. Situated in McMurdo Station in Antarctica, Wells Fargo installed this particular ATM machine in 1998. It braves frigid temperatures and six months of darkness a year just to provide the population of McMurdo (which ranges from 250 to 1 000 depending on season) with cash, because even here, money matters.

Because flights in and out are limited due to weather conditions, the McMurdo staff are trained to make simple repairs and there’s a second ATM machine that can be dismantled for replacement parts should the ATM break.

The popular real estate mantra rings true for ATM machines as well. Where you place an ATM plays a great role in how many people use it and, as a result, have cash on hand to make purchases. While having an ATM situated on a mountain range is impressive, it is much more beneficial to have an ATM situated where the largest amount of people will need it. This is something that small business owners can leverage to their advantage by opting to place an ATM in their store.

An in-store ATM will not only increase foot traffic, but it will also offer convenience to your customers while at the same time increasing revenue. Our ATM solutions are available in different installation options to provide you with the option best suited to your unique needs. These installation options include free standing ATM, through-the-wall ATM and kiosk ATM, with the option of self-cashing your ATM to save on CIT and banking fees. For more information on the different ATM solutions we offer, look at our easy-to-view infographic.