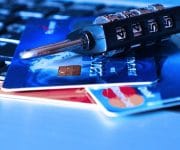 Much of this card fraud is a result of customer negligence but, as an ATM owner, the more you know about how these card cloning crooks are stealing people’s hard earned cash, the more you can do to keep your ATM safe.

So what is card skimming?

Card skimming, also known as card cloning, is a technique used by criminals to capture the card details and PIN of a consumer’s credit or debit card when they are using an ATM or a retail point-of-sale device. This information is stored on a skimming device and is used to produce counterfeit cards and make fraudulent cash withdrawals. Most of the local skimming incidents are linked to ATM transactions.

In the case of ATM card cloning, a high-tech card skimmer device is attached to the card reader of the ATM. The device steals the data embedded in the card’s magnetic strip. What makes this technique so effective is the fact that the attachment of the card skimming device is done in such a way that you wouldn’t even notice that the ATM has been tampered with.

Fraudsters can also make use of a handheld card skimmer to manually clone information when an individual is conducting transactions at an ATM.

What can you do to prevent your ATM from being tampered with?

A card skimmer is generally attached to ATMs during quiet periods, like early in the morning or late at night. These devices are usually attached to the ATM for no more than 24 hours. This makes it imperative to report any concerns or sinister activities to the police immediately so that the perpetrators can be caught. It’s important not to tamper with the device at all as the card skimmer could act as evidence against card scammers.

Our experienced security and risk assessment team will analyse your business, the location and demographics of your customers and recommend the best ATM security system to suit your unique needs. Our ATMs are fitted with state-of-the-art security systems to reduce the risk of fraud. To find out more about how ATM Solutions’ offerings can keep you, and your customers, secure, download our ATM Brochure.