The history of money – bartering, banks and Bitcoin 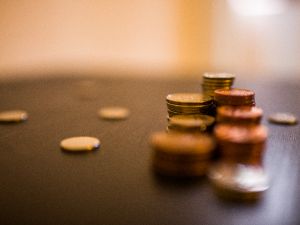 It may be hard to believe, but money is actually pretty worthless. The reality is that the physical notes and coins we exchange for goods and services each day only have value because we choose to ascribe value to them.

More than 3 000 years ago, money, as we currently know it, didn’t exist. If we trace the history of money it began with no currencies at all. If you were a cattle farmer and you wanted some grain, you’d simply stroll on over to the farm next door and trade one of your cows for a bag or two of their produce. The first coin created featured a roaring lion and was forged in Turkey in 600 BC.

The earliest banknotes appeared in China during the 7th century and the first credit card was used just 70 years ago. But the story doesn’t stop there – trade and transactions continue to evolve. Today we have alternative currencies, virtual currencies and cryptocurrencies, such as Bitcoin.

The way we pay may have transformed quite a bit, but money still has a real impact on our lives, affecting how we both live and work.

Here are five fun facts that you may not know about the history of money.

1. The Incas built an empire with no money at all

Young Incan males were required to do some form of physical labour for the state for a set number of days. They built palaces, buildings and roads and, in return, the government provided them with food, clothes, tools and housing. No money ever changed hands.

In an attempt to not appear like a monarchy, US legislation dictates that no living person can be featured on a coin. There has only been one exception to the rule, President Calvin Coolidge. In 1926, his image appeared on a commemorative coin.

In the same year that South Africa became a republic, 1961, the nation changed its currency from pence, pounds and shillings to Rands and cents. At the time, the Rand traded at R2 to the pound. Coming off a strong base – having previously been the“South African Pound” – the Rand was actually stronger than the US dollar, debuting at 72 cents to the dollar in 1961.

When Russian hunters arrived in Siberia in the 1600s, they started what has been dubbed a “fur rush”, the intensity of which has been compared to the hysteria around the California gold rush. Animal pelts were deemed so valuable that they were called “soft gold” and were accepted as a currency throughout the region. As the demand for fur hides grew, the Russian government imposed a tax on thousands of Siberian countrymen. Every male over the age of 18 had to make an annual contribution, called a “yasak”, that was payable only in fur.

5. A penny for your thoughts

A US penny may just have a value of one cent but these coins are actually rather interesting. The first US cents were 100% copper but today’s pennies are 95% zinc with a copper coating. Pennies were the very first coins ever minted in the US and over two-thirds of all coins produced by the US Mint are pennies.The 1943 copper-alloy penny is possibly the most valuable penny ever created. Only 40 of these coins were minted; one of which recently sold for $1.7 million.

Looking at the history of money, it’s pretty safe to say that it has evolved quite a bit. Payments have evolved too. Want to find out how you can tap into these changes and up your payments game? Visit our website for more info.