How Africa is leading the adoption of mobile money 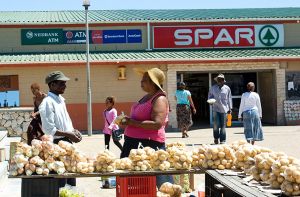 Mobile devices are slowly making all manner of items obsolete: clocks, cameras, calendars – and now, even bank accounts . While it’s unlikely that mobile banking will replace traditional banking anytime soon, mobile money is becoming more and more widespread: and it’s Africa that’s leading the change. Mobile money accounts are financially empowering individuals across the continent who don’t have access to financial services. Not only that, but they’re also adding value to consumers who already have bank accounts . By selling reloadable cards, not only will you attract more people to your store, you’ll open up financial possibilities for them.

The large number of unbanked individuals, less developed infrastructure – making traveling to open a bank account harder –  and high mobile phone penetration in these countries has created the perfect environment for mobile money to take off. Research from FinMark shows that in South Africa there are 10 million unbanked individuals, and probably many more who live miles from their nearest bank branch. Mobile phone penetration currently stands at 133% according to data from UK-based On Device, meaning that every person in the country is eligible to open a mobile money account .

Activating a mobile money account is fast and easy

By selling reloadable cards in your store, you’re offering customers a Visa card linked to a mobile money account – neither of which require them to already have a bank account. All that’s required to set up their mobile money account is their name, mobile phone number and ID number. The mobile wallet is activated within minutes, after which they can activate and link a Visa card to the mobile wallet.

As a store owner, giving your customers access to the continent’s fastest growing payment method – mobile money – will ensure you’re one step ahead of the shop down the road. You’ll also be facilitating greater financial inclusion within your community. If you’d like to find out more about how to sell reloadable cards in your store, download the Reload brochure.