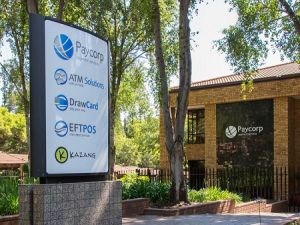 Just before end of the last millennium, Steven Kark and Rowan Swartz had a vision to provide the financially under-serviced easier access to their cash. They realised that there were millions of South Africans who lived far from their nearest bank branch – and that there had to be a solution to overcome the large distances they needed to travel to access their money. In 1999, they launched ATM Solutions, the beginnings of a much larger payment service provider that would emerge, flourish and facilitate financial inclusion over the next 15 years.

The new century brought with it awards and advances in technology

By 2000, ATM Solutions had already pioneered the first wireless communication ATM, broadening the possibilities of where their ATMs could be installed. One year later, Kark’s work at ATM Solutions earned him the Investec Jewish Entrepreneur of the Year award. A year after that, their ATMs began offering customers the option to buy prepaid airtime.

Drawcard and EFTPOS were Paycorp’s next payment solutions offerings

2004 marked the beginning of a new chapter in the Paycorp story. By then, ATM Solutions’ ATM machines bore the branding of South Africa’s major banks, and DrawCard was established. DrawCard provided a broad range of branded Visa card programmes to facilitate payment methods that are secure, convenient and cost-effective. From then it only took a year for the company to expand its business reach further with EFTPOS, enabling merchants from large retailers to small store-owners to offer their customers the ability to accept card payments. Not only were EFTPOS’ payment processing times faster and more secure, transaction rates were cheaper too.

In 2006, the first Namibian ATM was installed. Then in 2010, just over 10 years since the business began, it achieved EMV Chip and Pin compliance. At this point 4000 ATM machines had been installed by Paycorp, who continued to adhere to the highest security standards. The next year, Payment Card Industry Data Security Standard (PCI-DSS) Level 1 was achieved in the same year that DrawCard processed an excess of R1 billion.

The payment service provider expanded into Zambia with its ATM machines in 2013, the same year that it launched Drawcard’s Reload Mobile Money and Visa card, as well as EFTPOS’ ZipZap mobile money point of sale (mPOS). The following year it acquired vending service Kazang (available in seven countries) and a majority share in Tutuka (available in six countries), enabling financial inclusion in emerging markets in both Africa and South East Asia. 2014 also saw the installation of the country’s first solar-powered ATM machines.

While the company’s entrepreneurial spirit is still very much alive and well, its 15 years’ experience in service excellence and best of breed security standards make it a highly trusted brand in the payment solutions industry.

Paycorp currently operates across 11 emerging market countries, with plans to install an ATM in Eastern Europe later in 2015. To read more about this innovative brand at the forefront of championing financial inclusion, download the Paycorp profile.