How do cashless payment solutions differ in developed and developing countries? 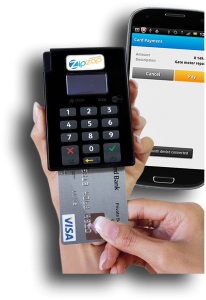 According the GMSA’s latest report, cashless payment solutions continue to grow exponentially. There were approximately 100 million users in December 2014, versus 73 million in December 2013. In other words, in just twelve months, there was a 13% increase in users of cashless payment solutions. Importantly, mobile money is now available in 61% of developing markets. When comparing the adoption and usage of cashless payment methods in developing countries versus developed countries, it’s important to bear in mind that the payment ecosystem of each country is unique, intricate and complex.  Each ecosystem is influenced by a myriad of factors, including available and existing infrastructure, the health and size of the economy, as well as cultural practices.

It’s logical then, that the adoption of new payment solutions differs by country.

While the payment ecosystems of South Africa and Kenya, for example, are vastly different, there are several significant similarities between the rates of adoption of alternative payment methods in developing nations. In the same vein, payment trends in developed nations are similar too.

In developing nations, almost everyone has a mobile phone, while only certain sections of the population have a bank account.

Importantly, South Africa’s rate of mobile subscriptions is higher than both Nigeria and Kenya, and astoundingly, the US too, according to this slideshare by On Device Research, a UK-based company who specialise in global mobile research. In developed countries, most people have both a mobile phone and a bank account. Whereas first world populations traditionally had a bank account, and then got a mobile phone, developing populations are only able to open a bank account – or become financial included – after purchasing a mobile phone.

In other words, banking and mobile are now synonymous in the developing world.

According to Mark Ranta, one of the editors of Mobile Payments Today, “In these regions, no one has to walk any miles (or even meters) to have access to financial products. They are the ‘unbanked,’ or better put, the traditionally ‘unreachable’ due to a lack of infrastructure. And this is why mobile has become or is becoming in some cases so prevalent in these regions.”   It makes sense then that Sub-Saharan Africa, Caribbean and Latin America are the fastest growing mobile payment markets.

Bill Gates famously predicted that by 2030, two billion people who previously were without access to a bank account, will be storing and transacting via their mobile phones.

Essentially, the introduction of mobile payment solutions mean that populations in developing nations are no longer at the mercy of inadequate infrastructure. As long as there are mobile providers, they’re able to join the financially included. Mobile Payments Today reported that in Mexico, banks have collaborated with mobile payment technology vendors in an effort to increase financial inclusion. 70% of purchases in Mexico are made with cash, and of the 1 million grocery stores, 64% of these are ‘mom-and-pop’ stores. Because these stores play a vital role in Mexico’s economy, it’s crucial that they’re able to compete with larger retail stores. By installing mPOS devices, these owner-run businesses are able to increase their offering by accepting cards.

According to On Device’s slideshare, 21% of South Africans don’t have a bank account, yet 90% of the population owns a mobile phone. Translated into the world of innovative payment solutions, this means that mobile banking is a means to overcoming the country’s lack of infrastructure, as well as related challenges like travelling long distances to the nearest bank branch. What’s more, more than half – 67% to be exact- of South African purchases are made on mobile phones.

By virtue of the fact that developing countries are typically a couple of steps behind developed countries, mobile payment methods will be adopted much faster in developing nations, as they’re not limited by existing infrastructure and entrenched payment methods, like credit or debit cards. In essence, those in developing countries will leapfrog over the other payment solutions used by developed nations (i.e. cheques and credit cards) and embrace mobile payment solutions out of necessity.

Find out more about our innovative payment solutions that are providing South Africans with secure, reliable payment methods that increase their business ventures in an affordable way.